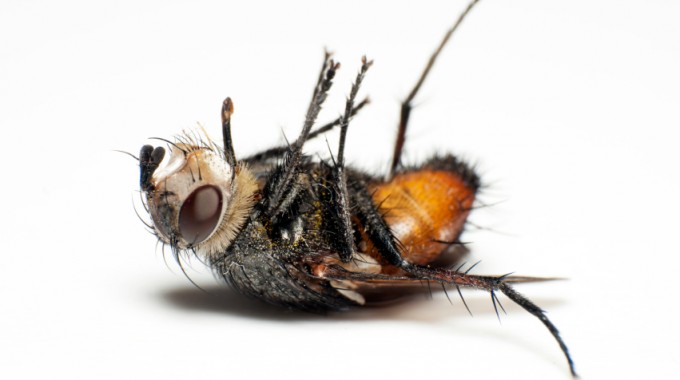 It’s that time of year when the bugs are out in full force. Sure the mosquitoes are bad, but aren’t they always? I’m talking about ants, earwigs, silverfish, spiders, wasps and house flies. All of these little critters combined can equal one large headache — especially when it comes to cleaning.

I’ve had my fair share of struggles with bugs — nothing drives customers away faster than a swarm of wasps outside your door! I was tired of being on constant bug patrol and had almost given up all hope. I was ready to raise my little white flag and admit defeat to the creepy crawlies that had taken over.

That was until I discovered Bugfix.

Get rid of bugs for good with Bugfix

This wonder of a product is a water-based insecticide. Unlike other insecticides on the market, this one is odourless and colourless. This scent-free solution can be used in public areas such as offices and restaurants without driving customers away and won’t leave a stain behind after use.

Worried about the safety of insecticides? Great news: Bugfix is only toxic to cold-blooded organisms! The active ingredient is inherently biodegradable and it’s safe for warm-blooded organisms (think humans and pets). With Bugfix’s safe-to-use formula, there’s no need for gloves or protective masks. Say goodbye to eye and skin irritation!

How do I use Bugfix?

Bugfix can safely be used on all water-safe surfaces like wood, carpet, textiles and glass. It’s also long lasting. I like to spray it on areas that I know bugs like to hang out. If you have a spot that ants typically enter, just spray the area and wait.

As soon as an ant touches the residual product, it will ingest it and die. Believe it or not, bugs actually clean themselves! So when it’s time to clean their creepy crawlies (feet), bugs will ingest the Bugfix and pow! — they will be dead.

Where can I use Bugfix?

I use Bugfix outside around windows and soffits where spiders like to hang out. I spray up in the corners and places that they typically build their webs. They never come back!

I’ve also used it on public garbage cans where the wasps are typically found. They love the sugary juice and pop that the kids throw out. That makes the garbage can a dangerous place, especially for people with allergies. I just spray Bugfix all around the waste can — inside and out. The wasps just have to land on the protected area and bam! — problem solved!

I find that flies are an issue in and around kitchens. I spray Bugfix on the windows, window frames and even on doors. It’s that easy! I used to have a problem in my garage with flies: the windows were always covered in them. I sprayed the window and now my biggest problem is the mass graveyard on my window ledge. That’s an easier fix!

I’m not much of a gardener, but I’ve heard that it is also safe to use on most indoor plants. If aphids or whiteflies are ruining your day, consider a few sprays of Bugfix.

Use Bugfix to eliminate bed bugs

Bugfix is also effective against bed bugs, a growing problem in our region. Once you’ve confirmed that you actually have bed bugs in your home or facility, you should spray Bugfix. Take care to spray any location that they might hide: this includes seams, tufts, and crevices of the mattress, as well as the box spring, bed frame and headboard.

Bed bugs also hide among items stored under beds. Many areas besides beds, however, can harbor bed bugs such as night stands, dressers, upholstered chairs and sofas. If you spray Bugfix on all of these areas, you will have a better chance of eliminating the problem.

Remember, Bugfix leaves a residual that will continue to kill for 3-4 weeks. That means the likelihood of recurrence can be minimized with regular applications.

Ants in the kitchen, spiders on the boat, wasps around the garbage and even bed bugs — it doesn’t matter where the bugs are, Bugfix will kill them without killing you!

Have we connected on Twitter and Facebook yet? If not, we should! I’m always sharing tried and true tips when it comes to commercial cleaning and janitorial supplies in Barrie, Orillia, Midland, Innisfil and beyond.

Keep it clean, folks, and enjoy a bug-free summer!

How to Clean Floors in Industrial and Commercial Facilities

It’s still chilly outside and the snow doesn’t seem to want to quit, but over…

How to Remove Salt Stains from Carpets and Floors

Well folks, winter is finally here and so is the mess that comes with it!…

About Us
Hi there, I’m Scotty McClean. I’m a proud member of the team at Glen Martin Ltd, a premier distributor of quality cleaning products in Central Ontario. I've been around the janitorial block for 40 years. I’ve seen just about everything when it comes to dirty, and I’ve used just about everything to make sure it gets clean. So, I figured it was time to start sharing my knowledge with the world. If you’re looking for advice about how to clean the peskiest places, I’ve got the answers and this is where I’ll be sharing them.
Never miss a post!
Categories
Work with a trusted, experienced janitorial supplies partner. Let’s chat.
Get In Touch
Copyright 2021 Glen Martin Limited - All Rights Reserved
Back To Top
×Close search
Search